Bio-alcohols Market size is forecast to reach $16 billion by 2026, after growing at a CAGR of 8.4% during 2021-2026. The market for bio-alcohols such as bioethanol, biomethanol, biobutanol is predicted to expand at a quicker rate as non-renewable resources become scarcer and crude oil prices fluctuate. The growing demand for cars as a result of population growth has fueled demand for biofuels in emerging economies, as well as creating the potential for the bio-alcohol industry. When compared to traditional fuels, bio-alcohol is environmentally beneficial, renewable, and helps to reduce carbon footprint. Bio-alcohols are long-lasting compounds made from cellulose or sugar fermentation. Bio-alcohol producers use biomass as a feedstock to create their products. Cellulosic biomass is becoming more widely used in industries as a result of advancements in technology, which is projected to promote the expansion of the bio-alcohol market. These technologies must be made available globally in order to drive the growth of the bio-alcohol market.

The rapid spread of the COVID-19 pandemic has resulted in a surge in demand for hand sanitizers for disinfection purposes all across the world. This, combined with positive measures by numerous governing authorities to encourage the practice of hand sanitization at regular intervals has prompted important players to invest in the rising manufacture of bioethanol-based hand sanitizers and disinfectants. Other factors driving market growth include the increasing use of these items in the creation of organic cosmetics and the widespread use of these goods in pharmaceutical manufacture. 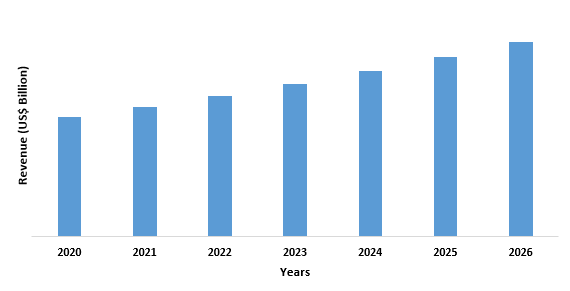 Bio-ethanol held the largest share in the global Bio-alcohols market in 2020 and is expected to maintain its dominance throughout the forecast period. Bio-ethanol is a higher-octane fuel that can also be utilized for energy-related applications like power generation. Its use in vehicles, buses, airplanes, the medical industry, and fuel cells is expected to boost the market growth. Blending bio-ethanol with gasoline can extend the life of depleting oil sources and offer greater global fuel security. Bio-ethanol is also in high demand due to its biodegradability and lower toxicity than fossil fuels. As a result of the aforementioned considerations, bio-ethanol is expected to dominate the market under consideration over the forecast period.

Transportation held the largest share in the Bio-alcohols market in 2020 and is growing at a CAGR of 8.6% during the forecast period, owing to a boom in the automotive industry. The impending depletion of fossil fuels, as well as the mounting pollution problems that their consumption is causing, is a major driver of the global bio alcohol market. The usage of bio alcohol will help to manage the greenhouse impact to a large extent, lowering the carbon footprint of various places. Aside from that, bio alcohols have a high power potential, making them a highly practical class of fuels for large-scale application.

Asia Pacific dominated the Bio-alcohols market in 2020 with a share of 35%, owing to the ongoing growth in the end-user industries such as construction, and electronics. The region has a huge population and is seeing a steady growth in demand for high-performance items as the middle class's income rises. China, India, and Indonesia, among other countries in the region, are heavily investing in construction and infrastructure projects. For instance, in 2019, China proposed a $142 billion investment in 26 infrastructure projects. According to the International Trade Administration, the Chinese construction industry is expected to expand at a rate of 5% per year in real terms between 2019 and 2023. (ITA). Furthermore, the European Construction 2020 Action Plan's aim was to encourage favorable investment conditions. In addition, the government's initiatives such as “Housing for All” is flourishing the residential and commercial building sectors. Furthermore, China is the world's largest producer of electronic goods. Smartphones, televisions, wires, cables, portable computer devices, gaming systems, and other personal electronic gadgets grew at the fastest rate in the electronics market. The manufacturing of electronics in China is expected to increase as the middle-class population's disposable income will be risiing and demand for electronic items rises in nations that import electronic items from China. The demand in the market under consideration is likely to rise as the electronics sector grows.

Carbon dioxide emissions and the greenhouse effect are the most serious environmental issues. With such issues, the need for bio-alcohol is increasing, with various forms such as bio-ethanol, biobutanol, and biomethanol being used in a variety of industries. Bio-alcohol is becoming more popular in the transportation industry as a substitute for gasoline. Because it has less reactivity in the atmosphere and is a high-octane fuel alternative to gasoline, bio-ethanol is the market leader. Bioethanol is preferred in the power generation business since it reduces oxidation problems. Biomethanol is the second-largest segment, owing to an increase in bio-methanol production from waste or biomass. Biomethanol is unaffected by the composition of gasoline. As a result, it is frequently preferred in applications such as vehicles, buses, and the medical industry. Furthermore, due to its lack of compatibility with conventional automotive engines, the Biobutanol industry is predicted to grow rapidly. These alcohols emit substantially cleaner exhaust gases, and their application cuts net greenhouse gas emissions by more than 37.1 percent. Throughout the forecast period, all of these environmentally favorable aspects are expected to drive the bio alcohol market.

The disadvantages of bio alcohol, such as the need for arable land, the release of a large amount of carbon dioxide during the production process of bioethanol, and rising pricing, are likely to stymie the bio alcohol industry. This is because some farmers are concerned that, due to the lucrative prices of bioethanol, they may sacrifice food crops for biofuel production, rising global food costs. Thus, these challenges may limit the market growth.