Buprofezin Market size is forecast to reach $195 million by 2026, after growing at a CAGR of 5.1% during 2021-2026. Buprofezin is a plant sap-sucking insect growth regulator that acts against whiteflies. It is a new generation insecticide that provides long-term control of Brown Plant Hopper (BPH), leafhoppers, molting of nymphs, and inhabiting chitin biosynthesis. Buprofezin is displacing broad-spectrum insecticides in many cropping systems around the world due to its effectiveness against sucking pests and selectivity for nearly all main beneficial insects. It is also available in various forms such as wettable powder, emulsifiable concentrate, water dispersible granules and son on. The buprofezin market is growing due to its long residual life, resistance to deterioration, and selectivity for beneficial insects. The growth of this market is hampered by the emergence of insect resistance due to misuse and environmental restrictions on the use of insecticides.

Due to the COVID – 19 outbreaks, the industry faced difficulties like delay in raw materials supply, trade and delivery issues, and more. Also the governments banned export and import of certain commodities such as on March 31, 2020, the Eurasian Economic Commission (EEC), banned number of food products, most notably sunflower seeds and soy beans. These import and export restrictions limited the Buprofezin market growth during the pandemic.

The report: “Buprofezin Market– Forecast (2021-2026)”, by IndustryARC, covers an in-depth analysis of the following segments of the Buprofezin Industry.

The food crop segment is projected to grow at a CAGR of 5.4% during the forecast period, owing to the increasing demand of food crops such as wheat, rice, pulses and others. Buprofezin in wettable powder form are widely used to control leafhoppers. There is an increasing demand for food crops as they are a staple food in various regions especially in the Asian countries. The global use of rice for livestock feed has steadily increased over the past several decades. According to the Food and Agriculture Organization (FAO) the global use of rice for feed in 2013 was 33.6 million mt and that feed use has been growing by 0.5 million mt per year since 2003, an average growth rate of 1.7 percent. According to United States Department of Agriculture (USDA) rice consumption in 2019-20 was 102 million tonnes, an increase of 3% and the rice consumption is expected to increase further in 2020-21 to 108 million tonnes with the government pushing more subsidized rice. Thus, the increasing food crop production is anticipated to drive the buprofezin market in the food crop sector during the forecast period.

Asia Pacific region held the largest share in the buprofezin market in 2020 with a share of 30%, owing to the increasing agricultural investments by the government in the region. The government of various economies are spending heavily on initiatives and investments in the field of agriculture. For instance, in 2016, according to China’s Ministry of Agriculture, over 1,300 Chinese enterprises had overseas investments in agriculture, forestry, and fisheries valued at $26 billion. The total quantum of private investment in India is projected to increase (with added investment of Rs. 78,424 crore) from Rs. 61,000 crore in 2015-16 to Rs. 139,424 crore by 2022-23. The Indian government introduced Pradhan Mantri Samman Nidhi Yojana under Budget 2019-20, in which a minimum fixed pension of Rs 3000 (US$ 42.92) is to be provided to the eligible small and marginal farmers, on attaining the age of 60 years. In Japan, a digital farming technology has been developed to help experienced farmers to use water, fertilizers and insecticides more efficiently. According to Food and Agriculture Organization of the United Nations, Asia Pacific accounts for more than 90 percent of world rice production and consumption and some developing countries in Asia Pacific will need to increase their food production by up to 77 percent to feed their people by 2050. Thus, such government initiatives are increasing the demand of agricultural crops which is further increasing the buprofezin demand. 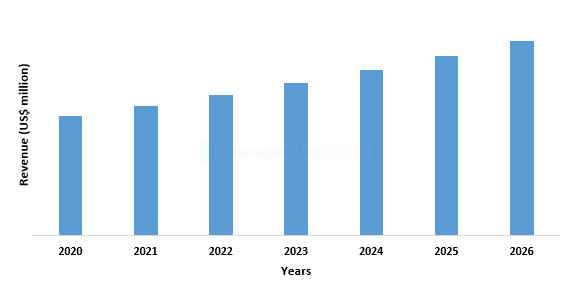 The governments are spending heavily on initiatives and investments in the field of agriculture. For instance, in 2020, the Canadian government invested a total of $560,000 on the Canadian Federation of Agriculture (CFA) to develop the Canadian Agri-Food Sustainability Initiative. The European government has taken initiatives such as Common Agricultural Policy (CAP) and Young Farmers. The 2010- 2013 National Strategy for France’s Sustainable Development aimed to develop a more sustainable food production and support green economy and business innovation, and has achieved a higher domestic organic production and consumption levels. According to a finding of Proceedings of the National Academy of Sciences (PNAS) of the United States of America, pests, and pathogens cost nearly $40 billion to the plants and forest crop production in the U.S. every year. This statistic is reflective of the need for agricultural chemicals such as insecticides including buprofezin that combat insect pests such as mealybugs, leafhoppers and act as a growth inhibitor, thus owning to these factors the market for buprofezin is growing.

Comprehensive knowledge about the exact mode of action of buprofezin is still lacking. However, it initially suppresses chitin biosynthesis during molting and causes immature death during cuticle shedding. Furthermore, after treating adult females, it disrupts oviposition, egg fertility, and reduces fecundity. Also it is prohibited in some countries due to its harmful environmental effects, as it is particularly toxic to marine species and non-target insects, though it is relatively safe for humans and other mammals. Thus, these factors are limiting the market growth.