Nano Metal Oxide Market size is forecast to reach $8.3 billion by 2026, after growing at a CAGR of 9.3% during 2021-2026. Nano Metal oxides are used in the fabrication of various microelectronics circuits such as sensors, piezoelectric devices, fuel cells among others. So, with rise in demand for electronics products such as optoelectronics, semiconductors, transmitters and others, the nano metal oxide industry is witnessing an increase in demand. Additionally, Titanium dioxide (TiO2) semiconductor nanoparticles are one of the important and promising photocatalysts because of its unique optical and electronic properties they possess. Whereas growing usage of aluminum dioxide as coating in optical lenses, windows, flooring and other surfaces will further enhance the overall market demand for nano metal oxide market during the forecast period.

The rapid spread of coronavirus has had a major impact on global markets as, major economies of the world were in completely lockdown due to the pandemic. The semiconductor supply and demand were hindered as, semiconductor revenue has declined by 0.9% in 2020, according to Gartner, Inc. This is a decline of 12.5% as compared with the previous quarter. So, these decline in revenues of electronics companies show the effects of covid-19 on the electronic industry and hence the nano-metal oxide market has also restrained. 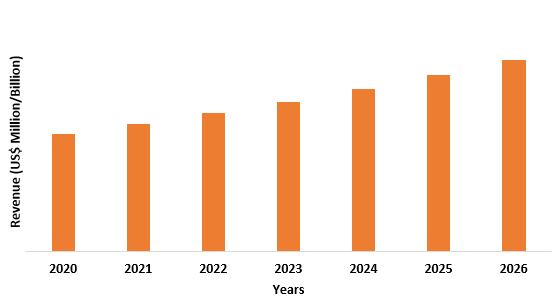 Aluminium oxide segment held the largest share in the nano metal oxide market in the year 2020 and is expected to grow at a CAGR of 6.8% during the forecast period. Aluminium oxide nanoparticles have unique abrasion resistance and properties for use in optical lenses, windows, flooring and other surfaces and coatings prone to scratching. These are nano-sized spherical particles and can be obtained by several methods including, pyrolysis, sputtering, sol gel and the most commonly preferred technique is laser ablation. Laser ablation is very convenient technique, since it can be performed in various environment conditions such as gas, liquid or even a vacuum. This technique has advantages as the collection of nanoparticles in a gaseous environment is harder and cumbersome than in a liquid. So, owing to its uses in optical lenses and other applications the nano metal oxide market is expected to grow in the upcoming years.

Electrical & Electronics sector has been the primary market for nano metal oxide in the year 2020 and is expected to grow at a CAGR of 9.5% during the forecast period. Metal oxide nanoparticles are majorly used in electrical & electronics for the fabrication of microelectronic circuits, sensors, piezoelectric devices, fuel cells, coatings for the passivation of surfaces against corrosion, and as catalysts. So, with the rise in electronics industry, the demand for various electronics devices will also increase. Due to US-China trade war, electronics companies in china are now looking to move towards other Asian countries to setup their business, this would create new investments and hence the demand for nano metal oxide could also increase. According to IBEF (Indian Brand Equity foundation), in India, information technology and business process management (IT-BPM) industry revenue grew 7% y-o-y to reach US$ 191 billion in FY20 and is estimated to grow to US$ 350 billion by 2025. So, the growing electronics industry in India and other Asian countries will drive the market growth for nano metal oxide.

APAC has dominated the nano metal oxide market in the year 2020 and is expected to grow at a CAGR of 8.7% during the forecast period. The economy of APAC is mainly influenced by the economic dynamics of countries such as China and India, but with growing foreign direct investment for economic development of South East Asia, the current scenario is changing.
According to the IBEF (Indian Brand Equity foundation), in India, the electronic goods export between April 2020 to November 2020 was US$ 3.15 billion and for the month of November 2020 it was US$ 1.13 million. By 2022, [SS2] the IT industry in India is expected to increase employment to about 2 million direct hires and 7.6 million indirect hires. So, owing to the trade war between US & China, Indian electronics industry is expected to grow and will drive the demand for nano metal oxide.

Colloidal silica nanoparticles are amorphous materials and are generally spherical in shape. Nanoparticles silica are used in paints and coatings to improve the degree of finish, increase the scrub and stain resistance, cut short the time of drying, and provide protection from UV rays. They are also used in plastics and can significantly improve the toughness, strength, wear and ageing resistance of plastics. Hence owing to its better performance, the increasing demand for silica in paint industry is expected to drive the market growth for nano metal oxide market.

Nanotechnology is used in cosmetic industry to keep skin more youthful and provide protection from harmful sunlight. The applications of nanomaterials found in cosmetic products include moisturizers, hair care, makeup, sunscreen and others. Titanium oxide and zinc oxide are the main compounds used in these applications. According to the IndustryARC Experts Insights, U.S cosmetic industry is estimated of almost 42 billion USD. So, the growing cosmetic industry around the world is expected to drive the demand for nano metal oxide market.

Government regulation on use of titanium dioxide

Titanium dioxide is the most widely used white pigment in products such as paints, coatings, plastics, paper, inks, fibres, food and cosmetics because of its brightness and high refractive index (>2.4) properties. Whereas according to the food and agriculture organization. US regulations authorize its use as a color additive in foods in general at levels not to exceeds 1%. So, this regulation may hinder the growth for nano metal oxide as it limitize the use of titanium oxide.