Polyvinyl Butrayl (PVB) Films For Automobile Market size is forecast to reach US$ 2.5 billion by 2026, after growing at a CAGR of 5.2% during 2021-2026. Polyvinyl butrayl (PVB) is a generally automotive resin that requires solid binding, optical consistency, surface adhesion, toughness, and flexibility. PVB films have high tensile strength, optical clarity, resistance to impact, and transparency & elasticity, making it ideal for safety glass processing. In addition, they are used as raw materials in laminated protective glass panel and are projected to bring new opportunities to the polyvinyl butrayl (PVB) films industry for automobiles to expand in the upcoming years. Moreover, PVB films' easy bending property, on the other hand, restricts their use in some automotive applications, which is expected to restrict market growth during the forecast period.

The COVID-19 pandemic disrupted automotive supply and, as a result, industrial operations, resulting in a decline in the growth of polyvinyl butrayl (PVB) films for the automotive industry. The automotive industry accounts for 49% of India's manufacturing sector and contributes 7.5% of the country's GDP. Since February 2020, most auto stocks have lost 40-70% of their value. India is reliant on China for a large portion of its exports, especially in the automotive industry. China accounted for US$ 4.5 billion in auto component imports in 2018-19, with a whopping 27% of auto parts made in China and imported to Indian companies. However, in the year 2020, since several automakers faced full shutdowns, according to the China Association of Automobile Manufacturers (CAAM) the demand and supply of polyvinyl butrayl (PVB) films for automobiles got reduced. Thus, this declined the demand for polyvinyl butrayl (PVB) films for automobile market in the year 2020. 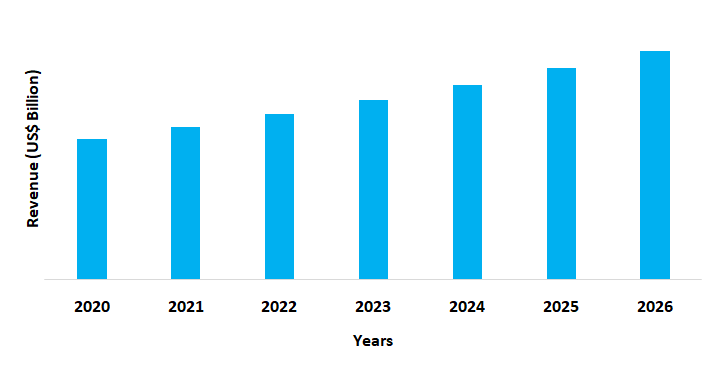 Asia Pacific held the largest share with 39% in the polyvinyl butrayl (PVB) films for automobile market in 2020. Increasing use of polyvinyl butrayl films due to its transparency & elasticity in vehicle components, such as in windows, windshields, steering displays, and rear- and front-view mirror, shall further aid to the market growth throughout the forecast period in this region. Furthermore, the other factors that fuel market development are the capacity of PVB-lamented systems to mitigate heat and enhance indoor air quality. Increased commercial use by automotive producers of PVB products is expected to deliver profitable business growth opportunities. Also, rising production of automotives in emerging economies such as China, India, and other countries will also upsurge the growth of the market. For instance, by both annual sales and manufacturing output, China remains the world's largest vehicle sector, with domestic demand forecast to hit US$ 35 Million vehicles by 2025 as per International Trade Administration. Thus, increasing production of automotive will raise the growth of the polyvinyl butrayl (PVB) films for automobile market.

The global automobile PVB film industry is rising steadily, as PVB films are primarily used in automobile safety glass production owing to its optical clarity and transparency & elasticity. Safety glass is one of the most important applications of PVB films. Due to strong glass adhesion by PVB, most broken glass splitters bind to the surface of the PVB film and thus avoid large sharp glass fragments from causing personal injury. PVB laminated glass provides both strengthened sound barriers, strong impact intensity and almost 100% UV light absorption. The later is necessary to avoid fading due to UV exposure to the interior. Thus, the utilization of PVB films in the production of safety glasses will drive the polyvinyl butrayl (PVB) films for automobile market over the forecast period.

The rising demand for lowering carbon emissions and establishing more advanced and accelerated charging stations is projected to fuel the development of electric vehicles. With the rise in electric vehicles the demand for polyvinyl butrayl (PVB) films for automobile will also increase. In addition, leading automobile manufacturers such as Audi, BMW and Daimler are rapidly incorporating PVB resins for their windshield cars, rear mirrors, windows and sunroofs, which have fueled the adoption of PVB films because of its transparency & elasticity. In 2019, sales of electric vehicles worldwide amounted to US$ 2.1 million and in 2018 – already a record year – they raised inventories to US$ 7.2 million. Electric car, comprising 2.6% of total automotive sales and about 1% of the global vehicle supply in 2019, reported a 40% growth over the year as per the Global EV Outlook 2020 reported by International Energy Agency (IEA) Organization. Thus, all the aforementioned factors are expected to drive the polyvinyl butrayl (PVB) films for automobile market during the forecast timeline.