Stationary Emission Control Catalyst Market size is forecast to reach US$1.5 billion by 2026, after growing at a CAGR of 3.5% during 2021-2026. Globally, owing to the strict emission standards of emerging countries and rising use of catalytic oxidation in gas turbine power is estimated to drive the market growth. Also, the market is likely to benefit from the production of catalytic components for the growing fuel cell industry. Increasing usage of stationary emission control catalysts designed to meet the needs of a wide variety of industries, including refining and petrochemicals, power and propulsion, industrial and chemical applications has raised the growth of the market. However, the decrease in coal based thermal power generation plant is expected to restrict the stationary emission control catalyst industry growth.

Due to the Covid-19 outbreak, various industries have been hit by a triple whammy: factory closures, supply chain disruption, and a collapse in demand. The power plants, oil & gas, and chemical industries faced issues such as delays in receiving emission control catalysts from the manufacturers due to the restriction on import and export of commodities. The pandemic also had a huge impact on the mining industry in the year 2020. The mining production was disruptively stopped, contributing to a major loss in the total mining sectors. With the decrease in mining production, the demand for emission control catalysts has significantly fallen, which has left a major impact on the stationary emission control catalyst market. 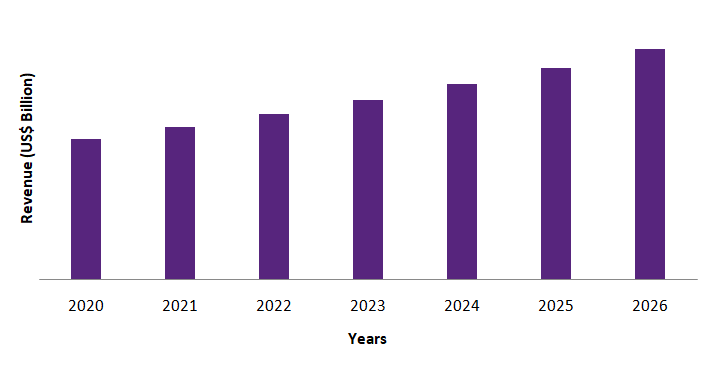 Power plant sector held the largest share the stationary emission control catalyst market in 2020 and is projected to grow at a CAGR of 2.5% during the forecast period 2021-2026. Controlling emissions from power plants is a significant use for stationary catalysts. SCR or NOx dissociation is used to eliminate NOx emissions in particular. The reduction of NOx emissions from power plants is critical because it aids in the prevention of acid rain and photochemical smog. Although emission standards and environmental regulations are tightening in developed countries, the stationary emission control catalyst market in emerging markets is being driven by increases in vehicle output, fuel consumption, and chemical production. Because of the continuous innovation, the stationary catalyst segment is rising much faster than the underlying industry that is allowing clients to save money and catalyst manufacturers to charge a premium for their goods.

Emissions from power plants are caused by the burning of fossil fuels such as coal, gas, and oil. Sulfur dioxide (SO2), nitrogen oxides (NOx), particulate matter, and toxic air contaminants are among the pollutants emitted, all of which are subject to environmental regulations. Also, coal-fired power plant pollution has been related to asthma, cancer, heart and lung disease, neurological issues, acid rain, global warming, and other public health consequences. Owing to which the demand for stationary emission control catalyst in power plants has increased. Furthermore, the establishment of new thermal power plants will uplift the market growth. For instance, the Angra 3 nuclear power plant is estimated to start its operations by 2026 according to International Trade Administration. Also, in September 2020, China National Nuclear Corporation (CNNC) and China Huaneng Group will build two Hualong one units as part of phase two - units 3 and 4 -of the Changjiang facility. China's State Council also approved the construction of the two units which is yet to start in the upcoming years. Thus, with the rising growth of new thermal power plants the need for stationary emission control catalyst is anticipated to drive the market growth over the forecast period.