The Algae Oil Market size is estimated to reach $2.8 billion by 2028, growing at a CAGR of 4.9% during the forecast period 2023-2028. Algal oil is prepared from certain marine algae. The two most important omega-3 fatty acids found in algal oils are Docosahexaenoic acid (DHA) and eicosapentaenoic acid (EPA). According to National Center for Biotechnology Information, intake of between 1 to 2 grams of algae oil per day would considerably boost blood levels of EPA and DHA. Furthermore, on average, 500 to 800 mg of DHA is required daily for the healthy growth of babies between the ages of 0-3 years. This dose may assist in decreasing blood triglycerides, increasing HDL, regulating inflammation and decreasing blood pressure and heart rate. Algal oil is used in both food and medicine due to the high quantity of monounsaturated fatty acids, phycocyanin, antioxidants and proteins. Algae oil is considered a special omega-3 supplement targeted toward vegetarians and vegans, making it a specialty oil. The surging application of algae oil in the food and beverage industry owing to health advantages linked with omega-3 fatty acids like docosahexaenoic acid and eicosapentaenoic acid are set to drive the Algae Oil Industry during the forecast period 2023-2028. This represents the Algae Oil Industry Outlook. 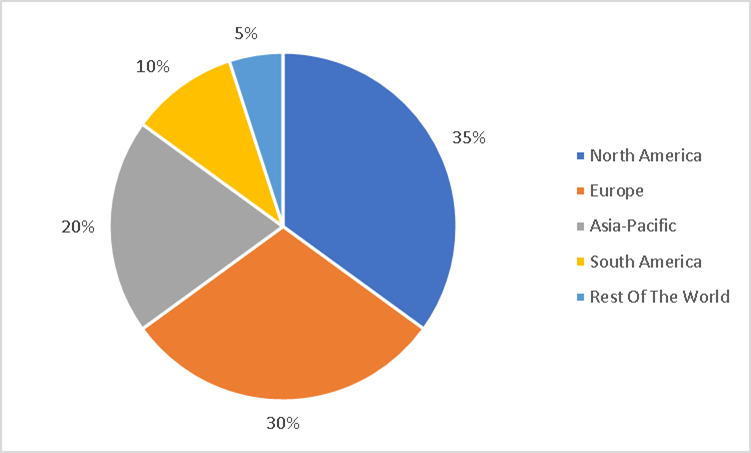 The Algae Oil Market based on grade can be further segmented into Food Grade, Feed Grade and Fuel Grade. The Feed Grade Segment held the largest share of the Algae Oil market in 2022. This growth is driven by the higher nutritional value of algal feed in comparison with grain feed, resulting in an increase in demand for the animal feed industry. This oil includes proteins and micronutrients as key constituents, which are utilized in animal feed. This is further propelling the growth of the Feed Grade segment. Furthermore, the Fuel Grade segment is estimated to grow at the fastest CAGR of 5.5% during the forecast period 2023-2028. The growth is fueled by the environmental benefits of algal oil like lowering greenhouse gases and reducing carbon footprint by using algal oil-based fuels instead of petrochemicals with algal oil being utilized as biofuel.

The Algae Oil Market based on the application can be further segmented into Food, Nutraceutical, Feedstock, Biofuel and Others. The Food segment held the largest share of the Algae Oil market in 2022. This growth is fueled by the high content of omega-3 fatty acids which are beneficial for heart health, resulting in increased application of algal oil in the food industry. The proliferating branding of products by manufacturers and consumers being aware of the advantages of algal oil is further propelling the growth of this segment. Furthermore, the Biofuel segment is estimated to grow with the fastest CAGR of 6.9% during the forecast period 2023-2028. This is due to the high capacity of certain species of algae to produce algal oil, which is processed and used as biofuel. Also, the increasing prices of fossil fuels are a major driver for the growth of the biofuel segment in the market.

North America dominated the Algae Oil Market with a 35% share of the overall market in 2022. The growth of this region is fueled by the growing demand for alternatives to fossil fuels in the North American region. Algae oil has great potential to reduce carbon emissions, which is further propelling the growth of the Algae Oil Market in the North American region. Furthermore, the Asia-Pacific region is estimated to be the fastest-growing region over the forecast period 2023-2028. This growth would be driven by factors like surging demand for algae oil including monounsaturated fatty acids in food in the Asia-Pacific region. Algae oil is rich in omega-3 fatty acids like docosahexaenoic acid and eicosapentaenoic acid. The emerging focus of key market players on innovative product launches prepared from algae oil is further propelling the growth of the Algae Oil Industry in the Asia-Pacific region.

The increasing awareness of manufacturers regarding the health benefits of algal oil including omega-3 fatty acids like docosahexaenoic acid and eicosapentaenoic acid supports the growth of the Algae Oil Market. In November 2021, ExxonMobil has inked a joint development agreement with Viridos. ExxonMobil and Viridos, have been working together for over a decade, since ExxonMobil unlocked a greenhouse facility in La Jolla, California, to test algae as a biofuel’s feedstock. Viridos has aimed for the algae biofuels to be primarily utilized in heavy transport as well as in aviation, commercial trucking and maritime shipping, The surging commercialization of biofuels from algae technology is therefore supporting the growth of the Algae Oil Market during the forecast period 2023-2028.

The entire cost of climate change is anticipated to reach at least 5% of global per capita consumption over the next two centuries. To minimize such impact, algae oil plays an important role in reducing carbon footprint. It can be effortlessly utilized in an assortment of commercial products, from tennis shoes to steel substitutes to veggie burgers. Algae, when utilized in conjunction with AI-powered bioreactors, is up to 400 times more effective than a tree at eliminating carbon dioxide (CO2) from the atmosphere. The soaring global temperature and climate change are therefore propelling the growth of the Algae Oil Industry, thereby contributing to the Algae Oil Industry Outlook, during the forecast period 2023-2028.

High Price and Lack of Awareness:

Certain features related to algal development suggest a high manufacturing cost, which results in a higher product price. As per the research paper published in Science Direct, the cost for the production of algal oil for biofuel ranges from $10.87 per gallon to $13.32 per gallon. In the U.S., there are existing technologies to produce algal biofuels. However, the cost of production is high, about US$6 per liter. Furthermore, there is a lack of awareness about algal oil in developing nations. These issues are restraining the growth of the Algae Oil Market.